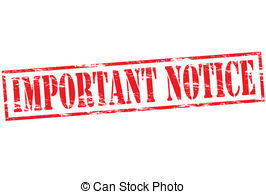 The Hutsonville BOE adopted with a 6-0 vote  the below resolution "Corrective Action Plan" regarding response to on Probation status to ISBE:

Whereas, On November 19, 2021, IL State Superintendent of Schools, Dr. Carmen Ayala [Ayala] adjudicated a penalty, without hearing, against Hutsonville downgrading Recognition Status from “Fully Recognized” to “On Probation” on the finding that Hutsonville exhibited deficiencies presenting a health hazard or danger to students or staff in violation of 23 Ill. Admin. Code 1.20(b)(2)(A) [FINDING];

Whereas, FINDING was not based on any evidence of COVID danger to students and staff actually existing at Hutsonville based on any data or other recognized COVID metrics;

Whereas, FINDING was affirmed on an “Appeal”[1] in a facially defective process devoid of due process required under the Illinois Administrative Procedures Act and lacking legitimate ISBE legislative enablement;

Whereas, at no time during the 2021-22 school year has any Department of Public Health taken or initiated any action against Hutsonville with regard to COVID dangers;

Whereas, at no time during the 2021-22 school year has the Regional Office of Education investigated or issued any findings or a present health danger to student or staff at Hutsonville and ISBE finds no administrative jurisdiction under the School Code on Appeal from the ROE.[2];

Whereas, at all times during the 2021-22 school year, Hutsonville has deployed COVID mitigation strategies, including recommended masking in accord with CDC guidance, effectively reducing and preventing spread of disease exceeding COVID spread existing at schools ISBE deems to exhibit NO deficiencies presenting a health hazard or danger to students and staff;

Whereas, Hutsonville has complied with IHSA and IESA requirements at interscholastic competitions hosted or regulated by said organizations;

Whereas, Ayala has affirmed under oath that she has no personal knowledge of COVID circumstances existing at any public school against which she has adjudicated findings of deficiency[3];

Whereas, ISBE staff appears to have adopted a rule of evidence that any deviation from a universal mask mandate policy adopted by a school creates an irrebuttable presumption that deficiencies presenting a health danger or hazard to students and staff exists;

Whereas, ISBE has not promulgated a Rule, emergency or otherwise, adopting any requirement for universal masking;

Whereas, well-established rules of evidence do not support an the irrebuttable presumption to stand in the face of evidence to the contrary. Hutsonville did rebut the presumption with evidence at the proceeding styled an “appeal hearing” on January 6, 2022[4];

Whereas, FINDING issued under different Executive Orders and Disaster Declaration than that which exists presently and the current enforcement relates to Orders that have lapsed based on disaster findings that have lapsed;

Whereas, Executive Order 18 was NOT a gubernatorial mandate or direction to ISBE; rather, purported to be a directive to public schools directly from the Governor for universal masking for which the Governor alleged legislative enablement under the Illinois Emergency Management Agency Act, 20 ILCS 3305/1 et seq. [Emergency Act];

Whereas, Emergency Act grants limited powers to Governor with regard to coordination and direction over state agencies and “political subdivisions.”[5]  However, “school districts” are excluded from the definition of “political subdivision” under the Emergency Act.[6] Accordingly, Hutsonville is not subject to the direction on any mandatory basis arising from Executive Order 18[7];

Whereas, Executive Order 18 facially provides no “enablement” to ISBE for ISBE rule-making nor does it vest ISBE/Ayala with the quasi-judicial power to enforce. Accordingly, ISBE and Ayala exceed their respective lawful administrative powers;

Whereas, ISBE/Ayala assume jurisdiction and authority for the sole purpose of convenient coercion to exact penalties that have no lawful nexus to the historical purposes for which Recognition standards were created;

Whereas, local school districts are represented by board members elected by the citizens of the school district to discharge the individual citizens constitutional right to a free public education[8];

Whereas, school board members swear an oath to faithfully discharge duties of office in accord with the Illinois and United State Constitution, and the applicable laws, AND additional enumerated duties unique to the office[9]. As a consequence of said oath and the authority of the office held; board members must execute duties independently and constitutionally subject to pains of removal or legal liability;

Whereas, Hutsonville board members have received warnings for pursuit of lawsuits against them for mandatory enforcement of restrictions to educational access or invasion of personal liberties and rights related to mandatory COVID mitigation procedures. Further, there is now pending civil litigation against public schools to which Hutsonville likely would have been joined, as defendant, but for the policies its Board adopted;

Whereas, it is a crime in the state of Illinois to interfere with any student’s access to any school activity on the basis that the student has or could have a communicable disease.[10] ISBE/Ayala overlybroad and generalized actions require acts of educational intimidation;

Whereas, generally accepted and authoritative legal scholars have opined that mandatory COVID mitigation procedures forced upon school districts are unconstitutional and encroach upon local control created by the legislature. Further, said scholars opine that the measures infringe upon fundamental rights possessed by students and staff;

Whereas, trial courts in the state of Illinois have shared the opinion of the above referenced legal scholars to issue Orders enjoining Ayala/ISBE from enforcing Executive Orders;

Whereas, the Legislature has enabled and issued mandates to schools specifically related to emotional health of students[11] which have not been suspended by any Executive Order or legislative action. Further, ISBE has adopted numerous publications, linked on its website, discussing the importance of student autonomy, socialization, depression strategies and the like;

Whereas, the emotional health of students is a real and manifest danger experienced, in whole or part caused by COVID mitigation, including masks, at Hutsonville in numbers and proportion greater than any serious illness from a COVID infection.[12];

Whereas, the Legislature has adopted standards for academic progress which are duties obligating Hutsonville;

Whereas, Hutsonville has documented the negative academic impact arising from masks in the classroom to include, disciplinary issues, attention disruption, articulation and speech deficits- all of which have been documented measurably as deficits;

Whereas, the science behind masking has been inconsistently applied by the CDC and generally accepted scientific authority has concluded that masks are minimally effective to ineffective. When balanced against the emotional, academic and legal harm, the mask interest does not prevail;

Whereas, Hutsonville is facing economic threats from parents promising to remove students from the school for home-schooling or to move across state lines to Indiana presenting real risk of economic harm to Hutsonville;

Whereas, conditioning student access to school upon submission to an offensive touching is not lawful and unreasonably exposes the district, or individual staff prohibiting access to legal liability;

Whereas, a school has the mandate to teach the Constitution and principles of representative government.[14] The submission to an Executive Order that has not been presented to the legislative branch over the long duration of the declared disaster offends the checks and balances and republican form of government required in the Constitution.[15] A school board member takes the oath to defend these principles as well as seeing the principles taught in our schools;

Whereas, the First Amendment protects religious freedom and religious exemptions from personal healthcare mandates have been recognized as valid exceptions. As applied in the instant context, the very principles of separation of powers, checks and balances, and republican form of government were informed by Biblical scripture cited by the founding fathers and authors of the Constitution such that an assertion of religious exemption cannot be denied as illegitimate by Hutsonville as it relates to an exemption from masks without violating the First Amendment rights of those asserting the exemption;

Whereas, Hutsonville has endeavored to balance all obligations to protect against any deficiency in student or staff physical, emotional, academic, legal and economic health as said challenges appear in the Hutsonville district;

Whereas, Ayala commands that Hutsonville adopt tunnel vision without any rational analysis to ignore the broad spectrum of obligations a district must follow;

Whereas, 23 Ill. Admin. Code 1.20(e)(4)(B) requires that Hutsonville must have the ability to adopt measures in a “corrective plan” without giving rise to other issues of compliance that could lead to probationary status. Here, Ayala/ISBE render compliance by any district in Illinois impossible on its face. As applied to Hutsonville, Hutsonville presented the preponderance of evidence at hearing to prove impossibility as to Hutsonville;

Whereas, ISBE/Ayala have been enjoined from “mask mandate” enforcement by the trial court in certain instances (Effingham County) and ISBE/Ayala have consented to continuance of the injunction against masking until a date in April, 2022.[16] Accordingly, ISBE does not consider its Emergency Rule truly emergent by its own admission. The ISBE litigation admission establishes a timeline for correction to April 2022 for the factor (masking) linked to the alleged deficiency (danger to student/staff) to be corrected under 23 Ill. Admin. Code 1.20(e)(4)(C);

Whereas, Hutsonville has elected to pursue its position before ISBE before to allow ISBE/Ayala to correct ISBE’s deficiencies presenting an actual and manifest danger and hazard to: due process; student educational rights; parental and student autonomy; local control of school districts; emotional health of students; academic progress of students; economic health of districts; valid science; and the Constitutions of Illinois and the United States.

Therefore, the Hutsonville School Board Resolves as follows:

A. We adopt the recitals above in support of this Resolution;

B. In the exercise of our sound and informed discretion after the comprehensive evaluation of all circumstances and legal obligations, we determine that Hutsonville does not exhibit deficiencies presenting a health hazard or danger to students and staff under currently enforced and recommended policies;

C. We direct the Superintendent to take such action to challenge the authority of Ayala/ISBE, including any other necessary party, to enforce any mask mandate in derogation of the local authority of the School Board, administratively and/or with litigation;

D. The COVID Mitigation Policy currently in effect is re-affirmed;

E. The current COVID Mitigation Policy shall lapse on March 24, 2022, at which time the Board will review current COVID metrics in the District, the state of then existing law, the then existing legislatively enabled administrative regulations issued by ISBE and any other relevant matter informing the subject.

F. Nothing in this Resolution shall prevent any interim action.

[1] Which ISBE counsel conceded was the first hearing. Audio of January 6, 2022 proceeding

[2] ISBE jurisdiction under the School Code legislatively is enabled only by way of Appeal from a decision of the ROE. 105 ILCS 5/2-3.8. Any Rule creating jurisdiction to hear an appeal (Probation Hearing antecedent to obligation for Corrective Plan) supercedes authorizing law in violation of 105 ILCS 5/2-3.6.